Craft Beer In Vietnam: The Evolution Of A Craft Revolution

Craft beer has been ruffling the feathers of mainstream beer brands for years and the seeds for a showdown have undoubtedly sprouted in Vietnam. To shed more light on the explosive growth of the local craft beer scene, we speak to a few industry pioneers that brought craft beer in Vietnam into the international spotlight.

Just five years ago beer drinkers had limited options outside of big name lagers. It was around 2001 when Ho Chi Minh City and Hanoi began to see a sprinkling of Czech and German-style brew pubs serving traditional yellow’ and ‘black’ European-style tipples.

Widespread popularity of new craft beer options resulted in a swift increase in consumer demand for handmade brews. Although new styles and brands continue to emerge, the traditional beer of the people, bia hơi, will undoubtedly continue its thirst-quenching odyssey.

In June of 2014 the brand released the Platinum Pale Ale, the first official craft beer in Vietnam. Head Brewer **Michael Comerton** spearheaded the project, a well-known figure in the international craft beer community with over 20 years experience in the industry across 12 countries.

Before producing his own brand of craft in Vietnam he built a remarkable reputation for himself as the General Manager of Australia’s first-ever craft brewery, Matilda Bay Brewing Company. He gained even more exposure after he began brewing for James Squire Brewery. In fact, he cranked out one of Australia’s best-selling craft recipes, the James Squire Chancer Golden Ale.
Three months after Platinum’s initial release, **Fuzzy Logic Brewing Co.** hit Vietnam’s craft beer market with their own take on a pale ale. A beer that was received with undeniable fury.

When it comes to beer, Comerton is professionally-trained in the art with a BSc in Brewing & Distilling from Heriot-Watt University in Edinburgh. A primary goal of his work in Asia is to provide beer-drinkers with healthier, premium quality beer options that serve as a gateway into into the multifarious world of craft.

Comerton’s world-class training and experience equipped him with sharp instincts. Unlike many brewers, he understands the benefit of applying local flavors and ingredients suitable for Vietnam’s individual demographic and climate.

Taking key elements of local drinking culture and implementing them into your brewing philosophy can determine how consumers react to your beer. Understanding perceived palatability may result in a taste profile that better aligns with the expectations of Vietnamese consumers. For Platinum Beers, this was a key component of their success.

A stack of kegs is the first sight upon entering Fuzzy Logic’s original warehouse outside the parameters of Ho Chi Minh City. A sign of a brooding chimpanzee hangs from the wall opposite the barrels, and polystyrene helps manage the temperature of a partitioned room at the back.

Although the concept of Fuzzy Logic Brewing Co. was conceived in 2012 their first release didn’t hit the taps for another two years due to tight regulations. As of September 2014, Fuzzy Logic was the second official craft beer brand on the market.

Taste: Medium hoppiness with a hints of malt

One catalyst for the swift rise in popularity of craft beer in Vietnam can be attributed to the country’s above-average rate of beer consumption. The **World Health Organization** ranked Vietnam as the second highest consumer of beer in all of Asia, just behind South Korea.

Aside from an impenetrable beer-drinking culture, Vietnam has one of the world’s fastest growing middle classes, and a young population with a strong affinity for fresh beer. Together, these three factors helped position the country as prime territory for a booming craft beer market.

Following the success of Platinum Beers and Fuzzy Logic Brewing Co. came a slew of other breweries determined to make their own mark in Vietnam. As of 2019, the country is home to roughly 40 breweries and counting.

BiaCraft Artisan Ales started as a small craft beer bar in District 2—a location widely considered ground zero for the introduction of craft beer in Vietnam. Despite not being the first official brewery, BiaCraft was undoubtedly a serious game changer.
Upon immediate success at District 2, their team rolled-out a second venue in District 3. Today, this location at 1 Le Ngo Cat has become one of the most prominent hubs in the city for local craft beer fanatics.

BiaCraft’s menu offers the largest selection of local and international craft beer options in all of Vietnam. As of 2019 the craft beer bar and restaurant was able to extend their reach with the launch of four additional locations scattered around Ho Chi Minh City.

Pasteur Street Brewing Company was next to join the party in 2015. At their District 1 taphouse they built a strong brand for themselves with intriguing experimental brews like the **Passion Fruit Wheat Ale** and **Jasmine IPA**.

Throughout the years they also branched out by adding four more venues including a second location in District 1, another in District 7, one in District 2, and a branch in the nation’s capital of Hanoi.

When asked about why people should drink craft, Sakkers didn’t hesitate to answer. “The best way I can explain craft beer is to compare it to eating your mother’s home-cooked meal rather than fast food,” says Sakkers.

“It is important to create beer styles with a smooth taste profile that make way for an easy transition into the world of craft beer in Vietnam. Pale ales are often a great jumping point. We have to be careful with the hops because each variety has a very distinct taste. Heavy bitterness is not a taste many locals expect to find in a beer,” says Rooster Beers’ founder.

Spanish brothers Luis Martinez and Ruben Martinez are two more additional key figures in Vietnam’s craft beer revolution. .
Tê Tê Craft Beer is most recognized for their Belgian-style white ale. For many, the white ale was a perfect segway from a standard lager to craft beer. Vietnamese consumers quickly fell in love with the white ale due to its high-drinkability and the addition of familiar ingredients like orange peel and coriander.

“The Vietnamese like sweet drinks, and often drink watered-down lagers at rapid speeds, so don’t expect your average consumer to instantly take to hop-forward styles like India pale ales,” says Luis. Consumers in Vietnam are still adapting their palate to the diverse profiles of craft beer. 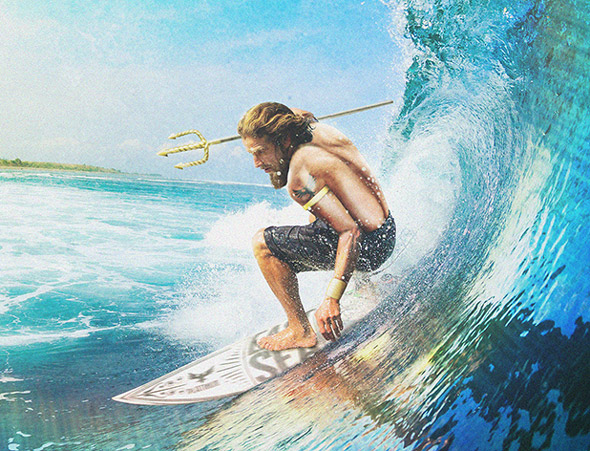